• Jason Zweig on David Perell’s podcast (Jason Zweig)
• Seven Trends in Investment Management (CFA Institute)
• Elon Musk on Moon Bases, Mars, and How Not to Be Vaporized (Popular Mechanics)
• When “All In” is the Safest Bet (Medium)
• Al Gore’s environmental-sustainability fund has raised $1 billion to pump into new markets focused on health and wealth inequality (Business Insider)
• The Best Advice You’ve Ever Received — and Are Willing to Pass On (New York Times)
• The Undercover Fascist: A young Englishman got mixed up in a white-supremacist movement. Then he learned of a plot to kill a politician. (New Yorker)
• The Precedent for Impeachment: Nixon, Not Clinton (Just Security)
• A conservative activist’s behind-the-scenes campaign to remake the nation’s courts (Washington Post)
• ‘The Big Bang Theory’ finale: Sheldon and Amy’s fictional physics parallels real science (The Conversation)

An early look at the 2020 electorate 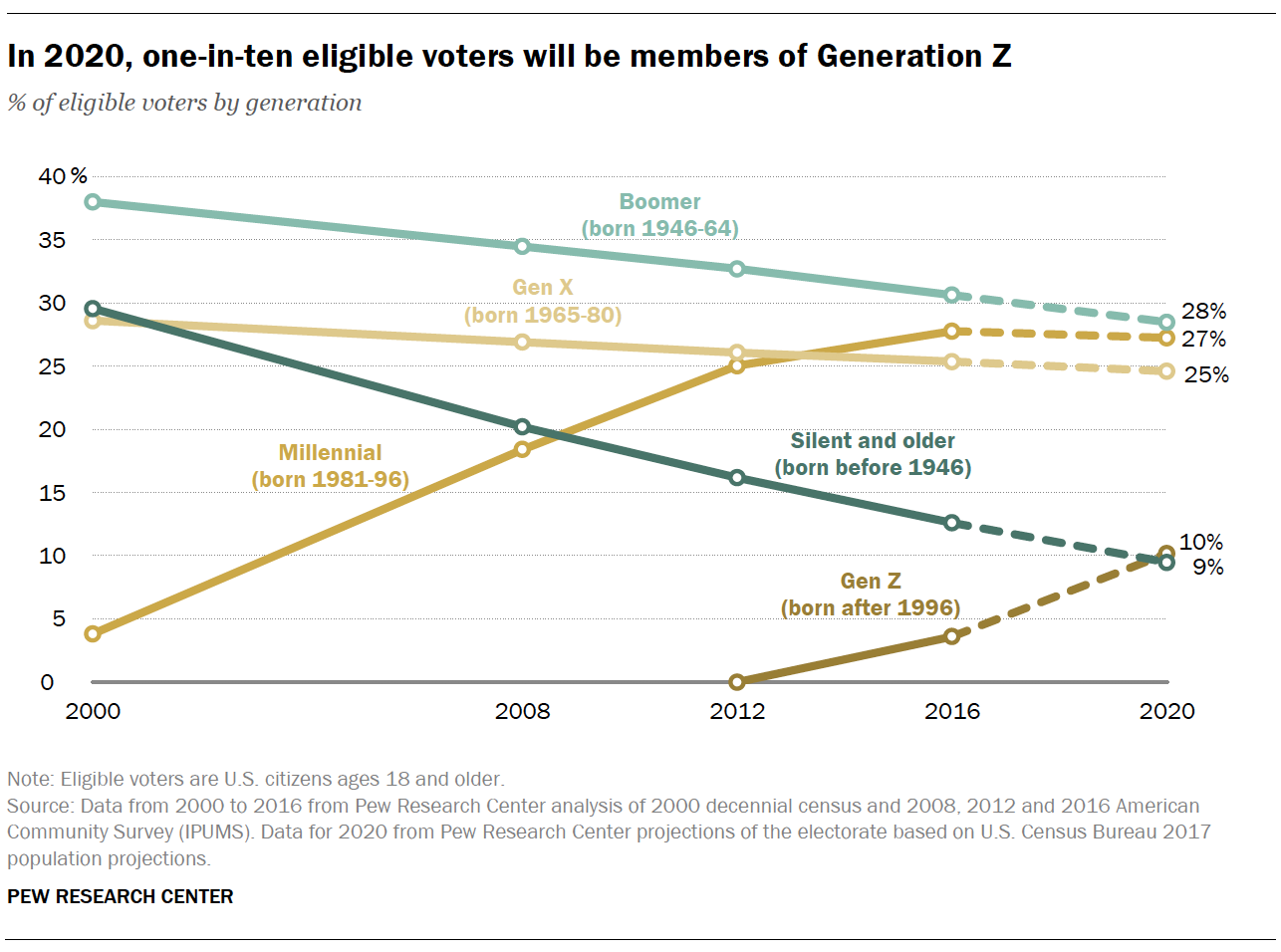 Want to receive our daily reads in your inbox? Sign up here!