There is a fascinating research piece by the St. Louis Federal Reserve Bank: The Unequal Recovery: Measuring Financial Distress by ZIP Code.”

They used a clever data analysis to delve more deeply into household finances by Zip Code across different time periods, most notably since the Fed begin its current tightening cycle in 2015 – 2018.

The results are that many households, even in higher valuation neighborhoods, are under financial distress. “The national trend is immediately apparent in both maps: While financial distress along our measure improved across most of the country from 2010 to 2015, it deteriorated with similar yearly magnitude from 2015 to 2018.” 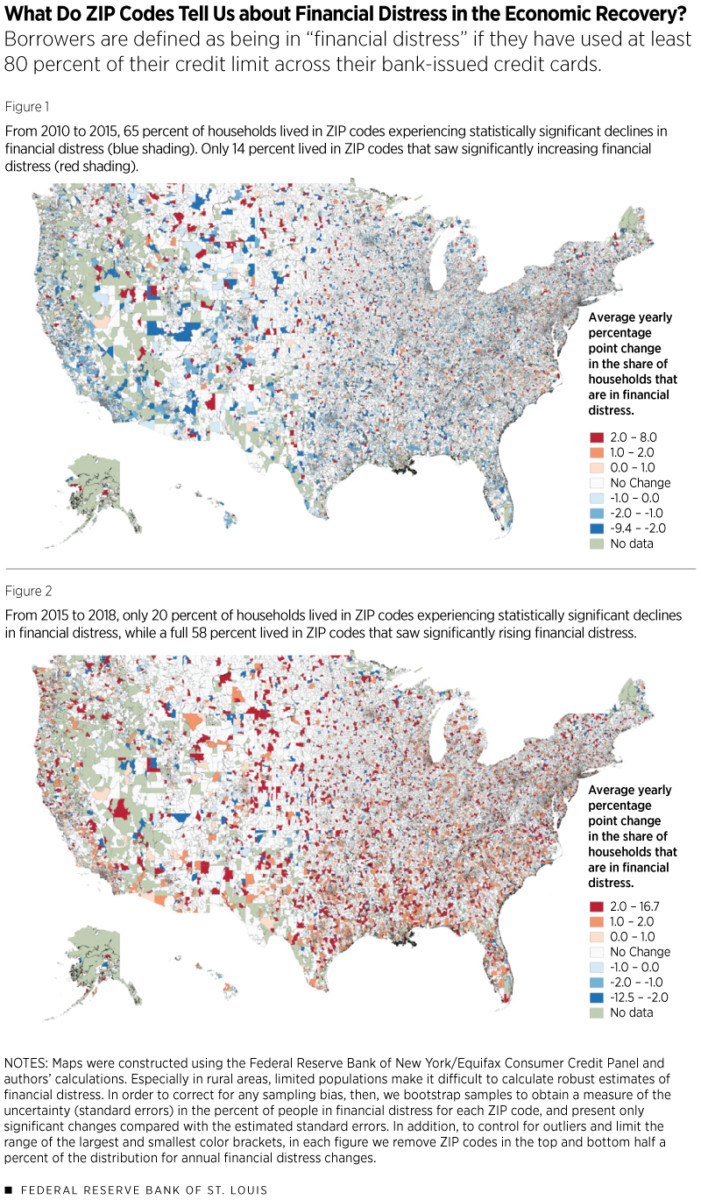 From the St Louis Fed:

We also marked only changes that are statistically different than zero, which is why much of each map shows “no change,” especially in large rural areas with small populations.