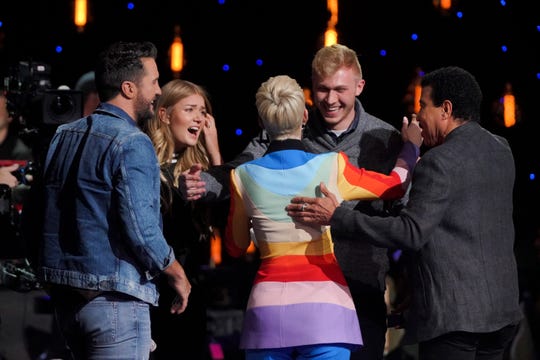 Love is in the air on “American Idol.”

Last year’s winner, Maddie Poppe, made her romance official with runner-up Caleb Lee Hutchinson during the season finale of the ABC singing competition, and two other top-five contestants, Gabby Barrett and Cade Foehner, just announced their engagement this week.

Monday’s “Idol” episode offered even more for viewers to swoon over, as Las Vegas native Johanna Jones, 23, prepared to take the stage for her solo Hollywood Week performance. In a pre-show interview, she explained how her boyfriend couldn’t make it to Los Angeles with her because of college finals, much to their shared disappointment.

“He’s the most supportive, loving, awesome guy I’ve ever met,” Jones said. “I don’t want to get ahead of myself, but I think he’s the one. We don’t need to tell him that quite yet – I mean, I don’t know if he knows, but I know.”

Last night: ‘American Idol’: Katy Perry breaks down in tears during contestant’s tribute to his mom

Immediately after her slinky, clear-voiced rendition of Chris Isaak’s “Wicked Game” earned a standing ovation from the judges, Jones got a major surprise when her boyfriend walked onstage as her parents looked on from the audience.

“I couldn’t be here because of exams, but I couldn’t wait another day,” he said, getting down on one knee and revealing a ring. “Johanna, you’re the love of my life. Will you marry me?”

As the couple tearfully embraced and kissed, Katy Perry jokingly bawled from behind the judges’ table, shouting, “Why won’t someone love me like that?” (Perry is recently engaged to actor Orlando Bloom.)

It wasn’t the only good news Jones received Monday night: She survived the latest round of cuts to place in the top 40, and will next compete in a Hawaii-set round of performances March 31 (8 EDT/PDT). 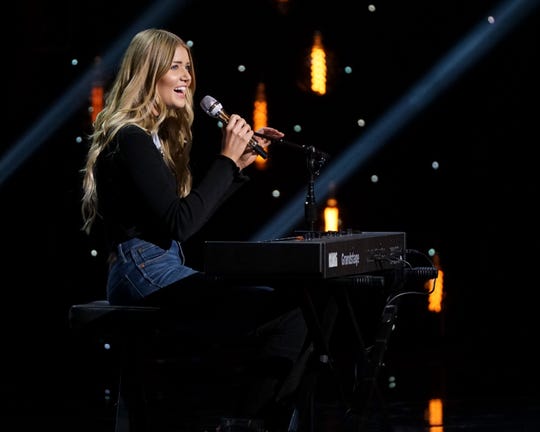