Three years after Britain voted (June 23, 2016) to leave the European Union, warning signals for the U.K. economy are finally beginning to flash red.

That’s a change. Until last December, forecasts of major disaster had largely been proven wrong

How the Bloomberg Brexit Barometer has fared since the referendum 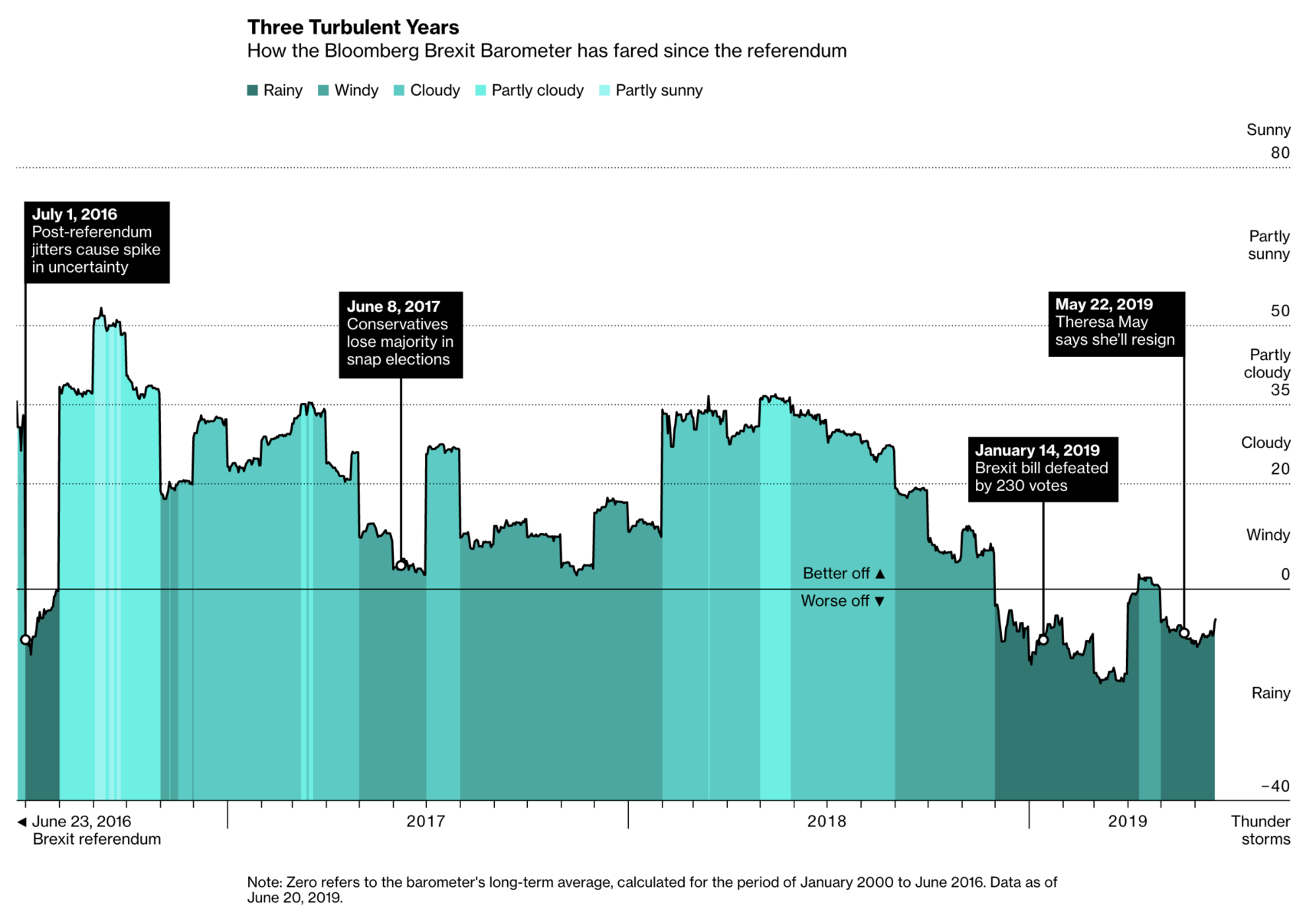