President Donald Trump reiterated how great he believes the findings from the Special Counsel Robert Mueller’s investigation is and the “Republican party will soon be the party of health care.” (March 26)
AP, AP

As many as 19.9 million Americans would lose health insurance if a court challenge backed by the Trump administration succeeds in tossing out the Affordable Care Act, according to one analysis.

The Obama-era health law, which has survived repeated challenges in court and in Congress, has significantly reduced the nation’s uninsured rate, extended coverage to low-income families and guaranteed people can’t be denied coverage based on existing medical conditions.

But some experts warn all those protections might be eliminated if a group of Republican attorneys general succeed in a court challenge that seeks to dismantle the Affordable Care Act.

“The culture has shifted,” says Linda Blumberg, a fellow at Urban Institute’s Health Policy Center. “It’s very difficult to take a protection away from people once they’ve had it. There would be a lot of unhappy people.”

More: The end for Obamacare? Trump administration says it will ask a court to throw out entire health law

President Donald Trump told reporters Tuesday that the Republican Party “will soon be known as the party of health care – you watch.”

In a letter filed Monday with the Fifth Circuit U.S. Court of Appeals, Justice Department attorneys said that a lower court’s ruling that the Affordable Care Act is unconstitutional should be affirmed and that the United States “is not urging that any portion of the district court’s judgment to be reversed.”

Last December, U.S. District Court Judge Reed O’Connor in the Northern District of Texas agreed with the GOP-led states’ argument that the health law was unconstitutional. 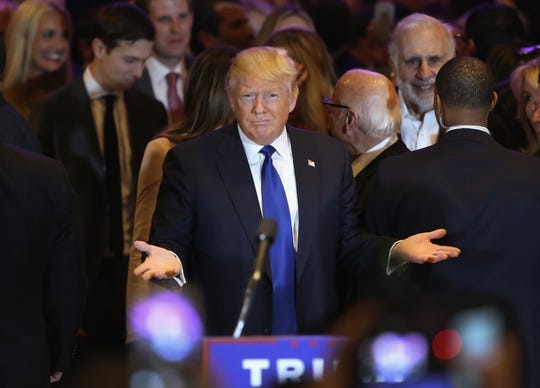 The judge ruled that the requirement that people buy insurance or pay a penalty was no longer constitutional because Congress repealed the “individual mandate” when it passed the 2017 tax bill. O’Connor ruled that because that provision was so pivotal to the health law, the whole thing had to be tossed out.

The Justice Department had previously argued that parts of the law could stand even if the individual mandate was struck down. However, the Trump administration changed course with Monday’s court filing.

“The Department of Justice has determined that the district court’s comprehensive opinion came to the correct conclusion and will support it on appeal,” said Kerri Kupec, a Justice Department spokesperson.

California Attorney General Xavier Becerra and 20 other Democratic attorneys general have filed petitions to intervene in the court case to defend the Affordable Care Act.

More: Trump claims GOP will be the ‘party of health care,’ after urging judge to toss out Obamacare

“The administration is choosing to neglect the rule of law and play politics with the health care of tens of millions of Americans,” Becerra said. “This isn’t the first time the Trump administration has gone AWOL.”

Without the health law, the Urban Institute estimates that 15.4 million low-income families and children would lose Medicaid and Children’s Health Insurance Program coverage. Another 6.9 million Americans who buy ACA marketplace insurance also would lose health coverage, but some would get insured by an employer-sponsored plan, according to the Urban Institute.

On Monday, the Centers for Medicare and Medicaid Service issued a report that Obamacare sign-ups have stabilized. The report said that nearly 11.8 million Americans selected an ACA plan in 2018, about 306,000 fewer sign-ups than the year before.

Some experts predicted enrollment might drop further because of cuts to outreach workers and favorable rules for short-term health plans that last up to 364 days. The Obama administration limited those non-ACA plans’ terms to 90 days.

The short-term plans are usually less expensive, but they often don’t cover the minimum set of benefits such as prescription drugs, mental health or maternity care that Obamacare plans must cover. Unlike Obamacare plans, they can also exclude or limit coverage based on pre-existing medical conditions.