the differences in the composition of wealth between middle income, upper income, and ultra wealthy (top 1%) of American households to help us better understand the building blocks that make up net worth. Let’s dive in.

Middle Income: Home is Where the Wealth is

It’s no surprise that the principal residence is the cornerstone of net worth for most Americans in the middle class. For households that fall in this wide range ($0 to $471k of net worth) the combination of housing and pension accounts make up nearly 80% of total wealth on average.

Assets like stocks and mutual funds only make up about 4% of wealth in this income bracket, partially mirroring the trend of lower stock market participation in recent years.

As we move up the income ladder, however, this situation changes quite a bit.

If a household has a net worth that ranges between $471,000 and $10.2 million, it is considered to fall in the upper income band above. This represents the 20% richest households in the U.S., minus the top 1%, which are put in a separate bracket.

As households become wealthier, we tend to see a lower share of liquid assets as compared with the other components of net worth.

The Top 1%: The Business Equity Bulge

In the richest 1% of households, the principal residence makes up a mere 7.6% of assets. At this stage, almost half of assets fall under the category of business equity and real estate.

A prime example of this is Jeff Bezos. The lion’s share of the Amazon founder’s net worth is tied to the value of his company. Another example is President Trump, whose sprawling real estate empire comprises two-thirds of his estimated $3.1 billion net worth.

One of the more prominent features of the ultra rich wealth bracket is a much higher level of financial asset ownership. In fact, the top 1% of households own over 40% of stocks. 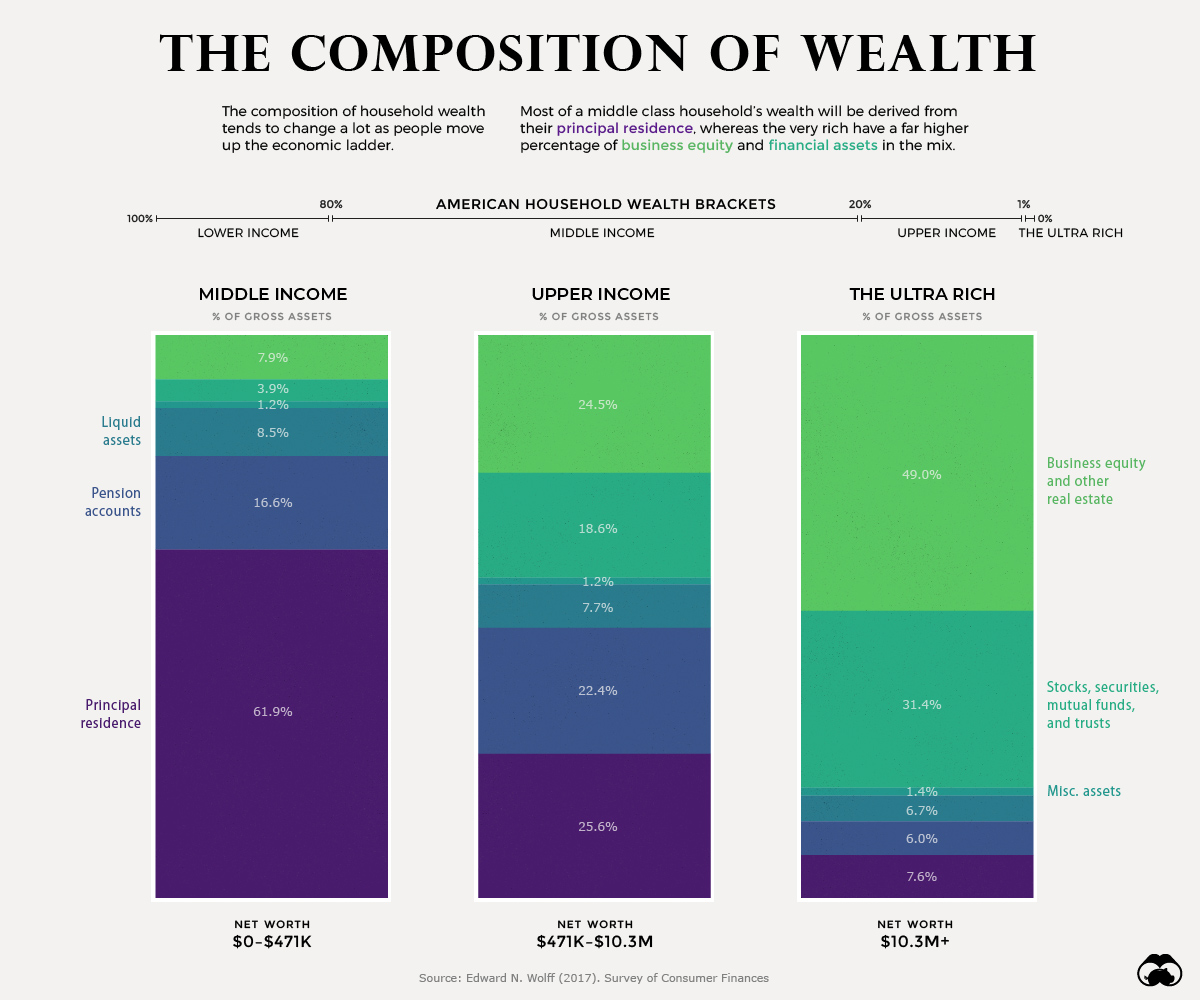