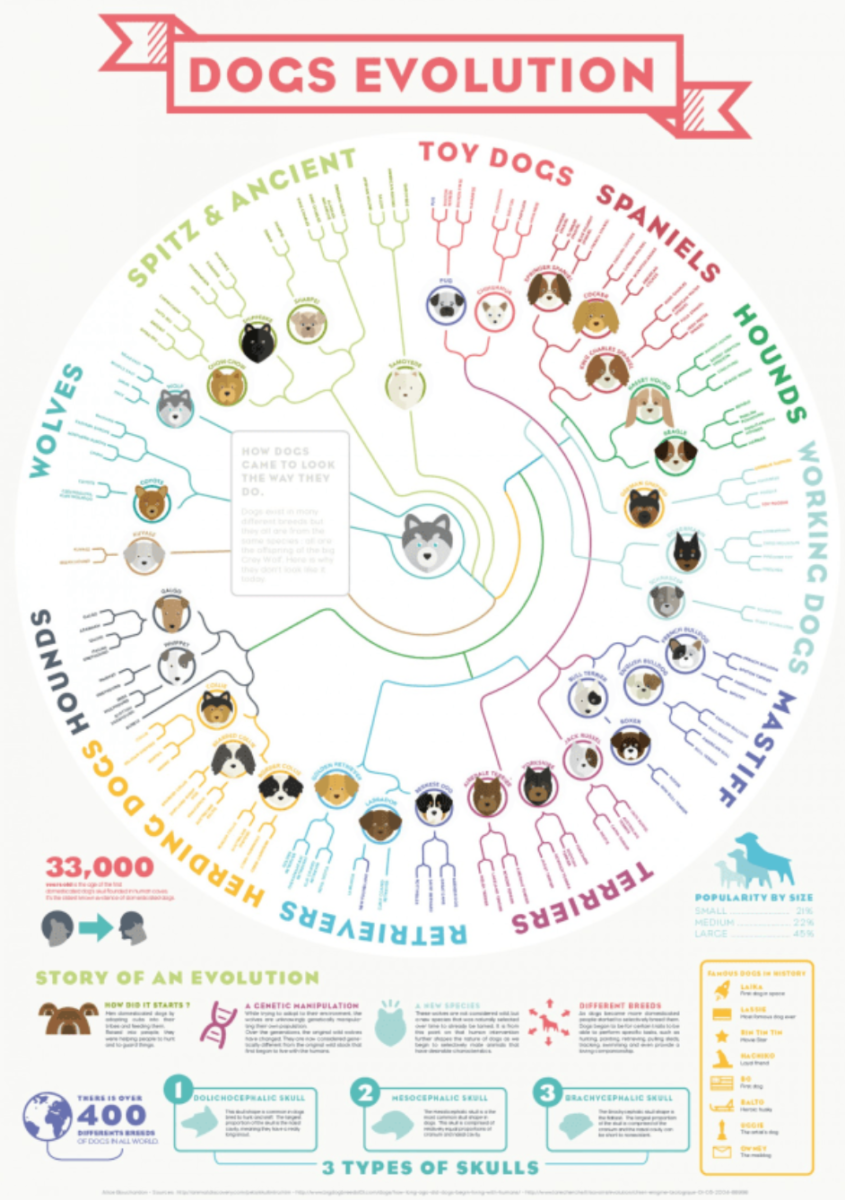 This is a fairly astonishing datapoint:

“According to a genetic analysis by UCLA in 2010, what we call dogs today likely originated as gray wolves about 33,000 years ago in the Middle East, the same area where both domestic cats and many livestock animals originated.”

Hard to believe, by directing the evolution of the species “wolf” we could manipulate breeding for traits we like, ending up with everything from Doodles to Great Danes to Border Collies, and in a relatively short period of time.

Consider this within the broader context of life itself developing from inanimate matter, and then evolving into more complex forms (and then much more complex forms), and eventually resulting in intelligent, technologically advance  life. I am aware that selecting for traits (“Breeding”) is a very different result than evolutionary development from inanimate matter. Still, if we could “select” for those desirable traits over a mere 30,000 year period, then perhaps intelligence developing over 3 billion years becomes that much more plausible.

This leads to the following really big questions in my mind: First, how common is simple life in the universe? Given how similar the basic building blocks are throughout the galaxy — hydrogen, carbon, oxygen, energy via sunlight, etc. — one would imagine basic life is not at all rare.

The more intriguing question is how common is intelligent life?

To answer that, we begin with a sample set of one — Earth — and work backwards from that singular result, reverse engineering the circumstances that gave rise to complex, intelligent life. It is something I have been thinking about for a long time, and is quite fascinating.

Have a look at this — which is well done, intelligent, but I suspect, somewhat misguided. One of these days, I may have to put some thoughts down on why the mathematical approach has an embedded failure built into it . . .