Jordan Peele’s ‘Us’ totally kills it at the box office: $70.3M debut

A link has been sent to your friend’s email address.

A link has been posted to your Facebook feed.

Lupita Nyong’o and Winston Duke star in Jordan Peele’s horror film “Us,” about a family facing invaders during a summer getaway.
USA TODAY

NEW YORK – Jordan Peele has done it again. Two years after the filmmaker’s “Get Out” became a box-office sensation, his frightening follow-up, “Us,” debuted with $70.3 million in ticket sales, according to estimates Sunday.

“Us” took over the top spot at the box office from “Captain Marvel,” which had reigned for two weeks. The Marvel Studios superhero release slid to second place with $35 million in its third week.

But all eyes were on Peele in anticipation of his sophomore effort. In today’s franchise-driven movie world, seldom has a young director been such a draw for moviegoers. 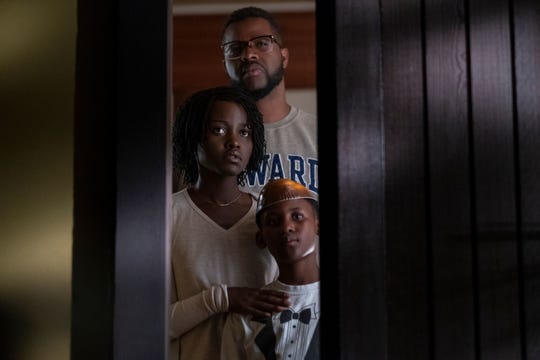 Rounding out the rest of the top five: The animated family film “Wonder Park” fell to third with $9 million, teen romance “Five Feet Apart” was fourth with $8.8 million and “How to Train Your Dragon: The Hidden World,” the final film in the franchise, finished fifth with $6.5 million