Few people would choose to spend more time in airports. The bosses of luxury brands are the rare exception.

The world’s top fashion labels opened 33 new airport stores between 2016 and 2018, data from property broker Savills shows, even as they have slowed their store expansions elsewhere. More are coming this year:

Gucci, Hermès, Louis Vuitton and Prada are among 13 international brands that have signed up for space in Istanbul’s new airport.

Brands want to follow luxury spending as it becomes more mobile. Sales in airports grew by 7% in 2018, Bain & Company figures show. Department store sales fell 4% by comparison, while spending in labels’ downtown stores was flat. Only online sales are outpacing those in airports.

A surge in global tourism is driving the trend. In 2018, international arrivals increased by 6% to 1.4 billion compared with a year earlier, United Nations data shows. Air travelers tend to be more affluent than average—although cheap flights are changing this somewhat—so airport locations are an efficient way to capture spending. Airports themselves are also becoming more reliant on commercial revenue as competition to attract flights puts downward pressure on landing fees. That makes them more willing to refurbish terminals to the standards that global luxury brands demand. 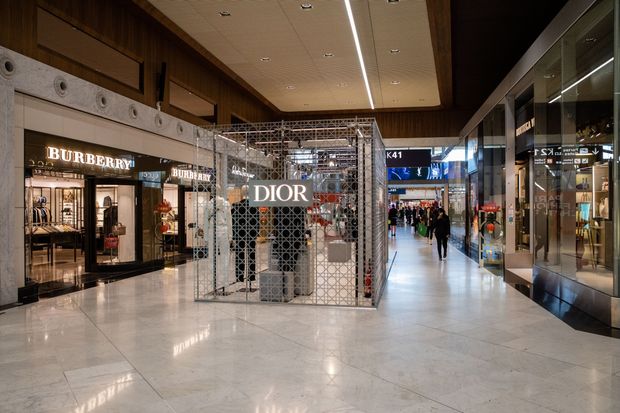 Competition for space in the world’s busiest international airports, such as London Heathrow or Paris Charles de Gaulle, is stiff. Stores are therefore expensive: Airports typically demand 20-30% of turnover from occupants.

However, brands will cough up to get closer to Chinese consumers, in particular, who account for one in every three dollars spent on luxury goods globally and tend to shop when they travel overseas. Both Sydney and Singapore have been popular with luxury brands because of the high volumes of Chinese tourists transiting through the cities’ airports.

The additional lure of airports is strong sales densities, a closely watched measure that tracks revenue per square foot of store space. These can be three times what brands manage in a downtown boutique, according to retail consultant Pragma, thanks to long opening hours and heavy consumer traffic. Airports are one of the few areas in retail where this traffic—so-called footfall—is set to grow. International arrival numbers should be 29% higher than current levels by 2030, according to the World Tourism Organization.

Finally, airport boutiques offer a way for brands to break into promising markets where a luxury shopping district may not yet have developed downtown, such as certain cities in India. For travelers, names like Gucci and Hermès will become an ever more familiar sight after airport security.

From Pyongyang to Chicago: Lifetimes…