Hold aside the obvious contradiction for a moment — Why does the greatest economy ever necessitate rate cuts? — and consider for a moment the effective jawboning at the Federal Reserve. POTUS on down have been demanding lower rates, which markets like, and the President equates higher stock prices with successful ratings.

Moving the Fed to cut rates has been a priority to this administration — never mind that POTUS appointed two hawks as Chair and vice-chair, who may have had the wrong policy views, but at least were of appropriate height.

We have seen a yuuge move higher in markets since members of the Federal Reserve made noise that recognized the demand for “rates to be lower.” Even if it was insincere posturing to get POTUS off of their backs, the markets really really liked it.

Here’s the thing: What do markets know? When it comes to the Federal Reserve future actions, apparently not much. Torsten Sløk explains:

Quantifying the impact of the US trade war is almost impossible, but the market seems convinced that the trade war will lead the Fed to cut rates significantly. The problem is that the market doesn’t have a great track record at predicting what the Fed will do, see chart below. 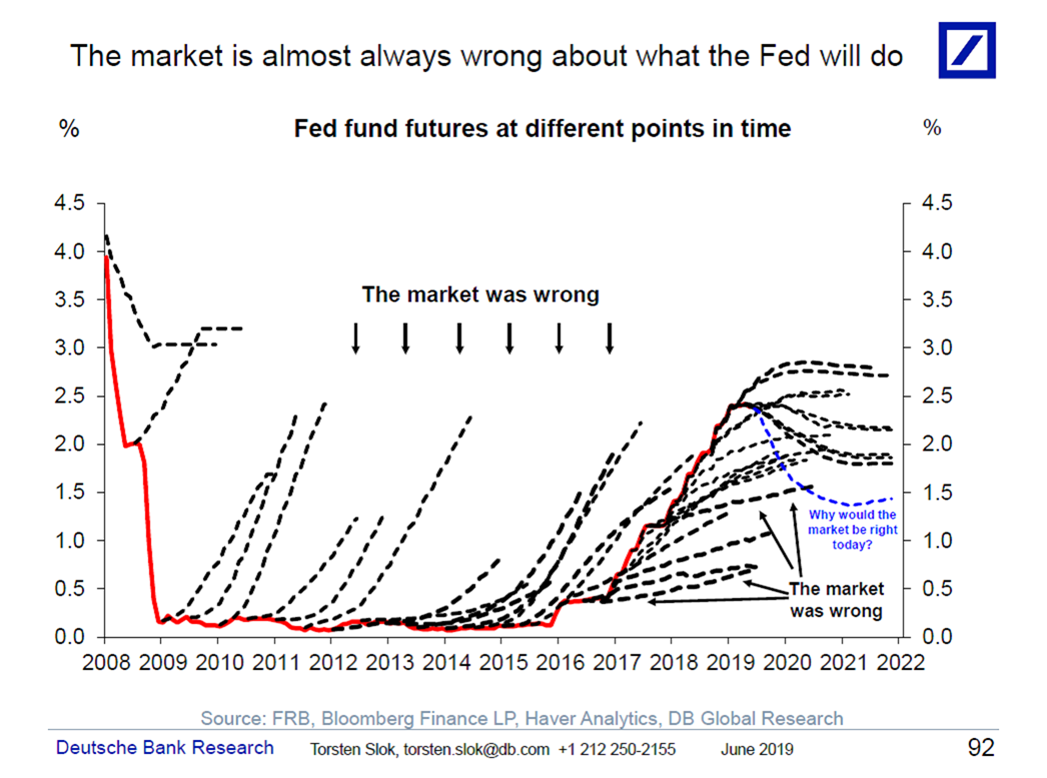