Michael Avenatti tried to make a deal last week in one of the few businesses that can be dirtier than national politics: college sports.

Mr. Avenatti rose to prominence representing the former adult-film star Stormy Daniels regarding her alleged affair with President Donald Trump. But last week, a day after he allegedly threatened Nike Inc.’s outside counsel that he would “take 10 billion dollars off your client’s market cap,” he walked into the New York offices of the celebrity attorney Mark Geragos to resolve another case that was about to explode.

According to a person familiar with the matter, Mr. Avenatti’s latest client was Gary Franklin, Sr., the coach of a youth basketball team called California Supreme that is typically loaded with talented players bound for the NBA and sponsored until recently by Nike. But once the sneaker giant decided not to renew its endorsement deal, Mr. Franklin allegedly hired Mr. Avenatti to reveal evidence that Nike was funneling secret payments to some of the country’s biggest high-school basketball stars.

But what he didn’t know was that Mr. Avenatti was being monitored by federal authorities—and Mr. Franklin was about to be at the center of the latest battleground in the sneaker wars. In a conversation that was captured by law enforcement, Mr. Avenatti and Mr. Geragos made their offer to Nike’s attorneys: pay the coach $1.5 million and hire them to conduct an internal investigation with the potential to bill as much as $25 million.

Mr. Avenatti was arrested Monday as part of a federal investigation that charged him with extortion and conspiracy. He has denied the charges.

Mr. Franklin, who has been identified as the unnamed “Client-1” in the charging documents by a person familiar with the matter, was an unlikely candidate to expose an underground economy that involves billion-dollar companies and the unpaid players who have become some of the most valuable teenagers alive.

He was supposed to be a welcome exception to the rotten system that governs amateur sports in the United States. A quiet and pious 51-year-old coach, he sacrificed his own athletic dreams to care for his son, founded the team known as Cal Supreme and coached the children of former NBA players like Shaquille O’Neal and Manute Bol.

He was “one of the nicest and most virtuous men on the AAU scene,” the author George Dohrmann wrote in his book “Play Their Hearts Out,” which includes a portrait of Franklin. “His calm manner stood out in the grassroots world. He didn’t yell. He talked about school and God as much as basketball.”

“I was surprised to see Gary’s name,” said Evan Daniels, the director of basketball recruiting for 247Sports. “But I guess in this world nothing shocks me.” 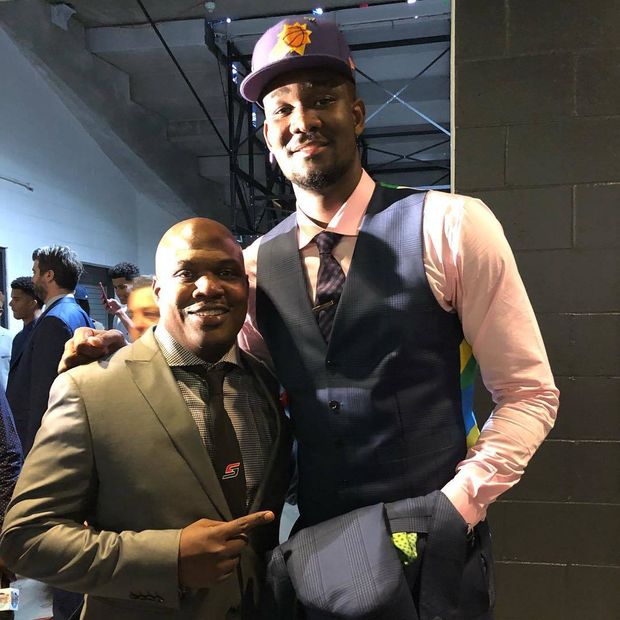 In this photo posted to his Instagram, Gary Franklin Sr. (left) poses with his former player, Deandre Ayton, the No. 1 pick in last year’s NBA draft.

It’s through youth basketball sponsorships that shoe companies like Nike, Adidas and Under Armour place their bets on future NBA players. They are prohibited under NCAA rules from paying amateur players directly, but there is nothing stopping them from hosting tournaments for the elite teams they sponsor, essentially bankrolling the entire sport. They figure it is a cheap way to have the inside track on signing the next LeBron James to an endorsement deal.

Mr. Franklin’s history with the best Cal Supreme prospect he ever had—Deandre Ayton, a 7-foot-1 center who was the No. 1 pick in last year’s NBA draft—shows how tricky the relationship between youth basketball and shoe companies can be.

Mr. Ayton was one of the country’s most coveted recruits when he played for Cal Supreme, and his recruitment was mentioned in a criminal trial related to the government’s recent investigation into college-basketball corruption. T.J. Gassnola, a former Adidas consultant, said that he paid $15,000 to help guide him to an Adidas school like the University of Kansas.

Instead he picked the University of Arizona—the home of several Cal Supreme alumni.

Nike’s bet on Mr. Ayton seemed to pay off when he was selected by the Phoenix Suns with the first pick in last June’s draft, and Mr. Franklin smiled for photos backstage at the draft in a tie bearing Cal Supreme’s logo. He’d come a long way from 2006, when he filed for Chapter 7 bankruptcy, and this was a triumphant night of his own.

He wouldn’t have been there without Nike. Cal Supreme reported $75,000 in revenue in the 2017 fiscal year, according to tax filings, and prosecutors say the sponsorship deal called for Nike to pay Mr. Franklin’s team $72,000 per year.

A few days before the NBA draft, though, Mr. Ayton made the surprising decision to sign an endorsement deal with Puma instead of Nike. 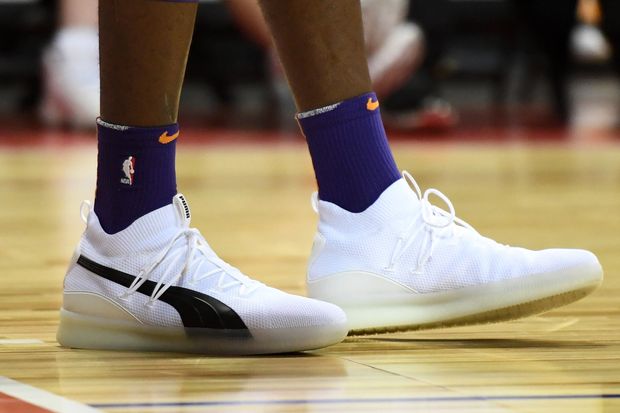 Mr. Avenatti alleged in a series of tweets on Tuesday that people close to Mr. Ayton and Bol Bol, a 7-foot-2 star player for the University of Oregon and the son of the 7-foot-7 Manute Bol, received large sums of money from Nike. A spokeswoman for Oregon said the school was “unaware of any evidence that would support these allegations.” A representative for Mr. Ayton could not be reached for comment.

At the same time he was behind the scenes at the NBA draft, Mr. Franklin was having trouble attracting top players to follow in Mr. Ayton’s large footsteps. Cal Supreme faced competition from local teams sponsored by Adidas and Under Armour, and there were even some rivals funded by Nike that were reeling in more talent than Mr. Franklin. His team was no longer getting players who were good enough to warrant the investment.

Somewhere in that time frame, Nike’s contract with Cal Supreme expired. In the aftermath of Monday’s allegations, it wasn’t immediately clear when or why Nike opted not to renew the deal, and Mr. Franklin couldn’t be reached for comment about the split.

But in February, when Nike invited teams to the 2018 Elite Youth Basketball League, its premier summer circuit, Cal Supreme wasn’t on the list.

By the time basketball’s summer recruiting circus was in full swing, Mr. Ayton was already in the NBA’s summer league wearing a fresh pair of Pumas. As he waited for Puma to put the finishing touches on his size-18 sneakers, he was temporarily back in Nikes a few months later, not that anyone could tell.

He made sure there was tape covering the company’s swoosh logo.

—Khadeeja Safdar contributed to this article.

Write to Ben Cohen at ben.cohen@wsj.com

From Pyongyang to Chicago: Lifetimes…