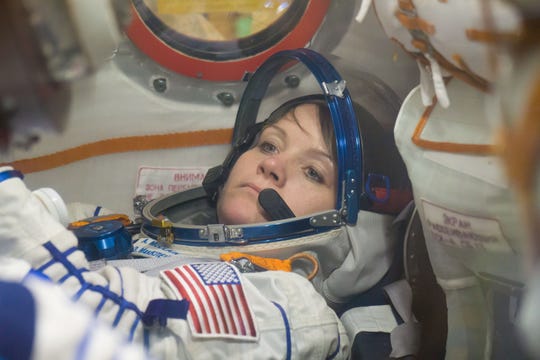 In the Integration Facility at the Baikonur Cosmodrome in Kazakhstan, Expedition 58 crew member Anne McClain of NASA runs through procedures in the Soyuz MS-11 spacecraft during a vehicle fit check Nov. 20. McClain, Oleg Kononenko of Roscosmos and David Saint-Jacques of the Canadian Space Agency will launch Dec. 3 on the Soyuz MS-11 spacecraft from Baikonur for a six-and-a-half month mission on the International Space Station. (Photo: NASA/Victor Zelentsov)

What was intended to be a historic occasion for NASA and humankind, will no longer be due to a lack of spacesuits onboard the International Space Station. The first all-female spacewalk, scheduled to take place March 29, will now be conducted by a man and a woman — NASA astronauts Nick Hague and Christina Koch.

Why the change-up? Quite simply, there’s only one spacesuit that best fits both female astronauts.

“McClain learned during her first spacewalk that a medium-size hard upper torso – essentially the shirt of the spacesuit – fits her best,” NASA announced Monday. “Because only one medium-size torso can be made ready by Friday, March 29, Koch will wear it.”

Friday’s spacewalk is scheduled to start at 8:20 a.m., but live coverage will begin at 6:30 a.m. on NASA TV. This will be the 215th spacewalk for the space station and if everything goes accordingly, Koch will be the 14th woman to perform a spacewalk. 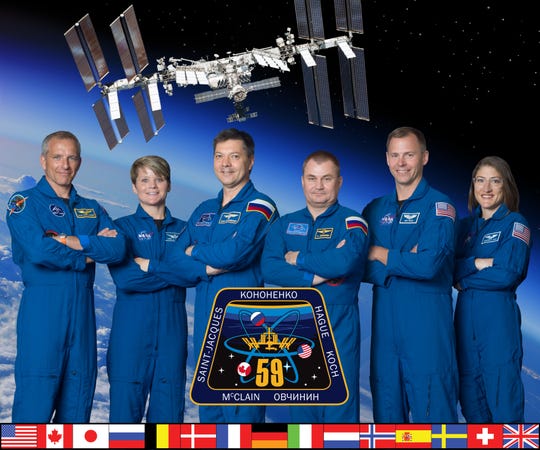