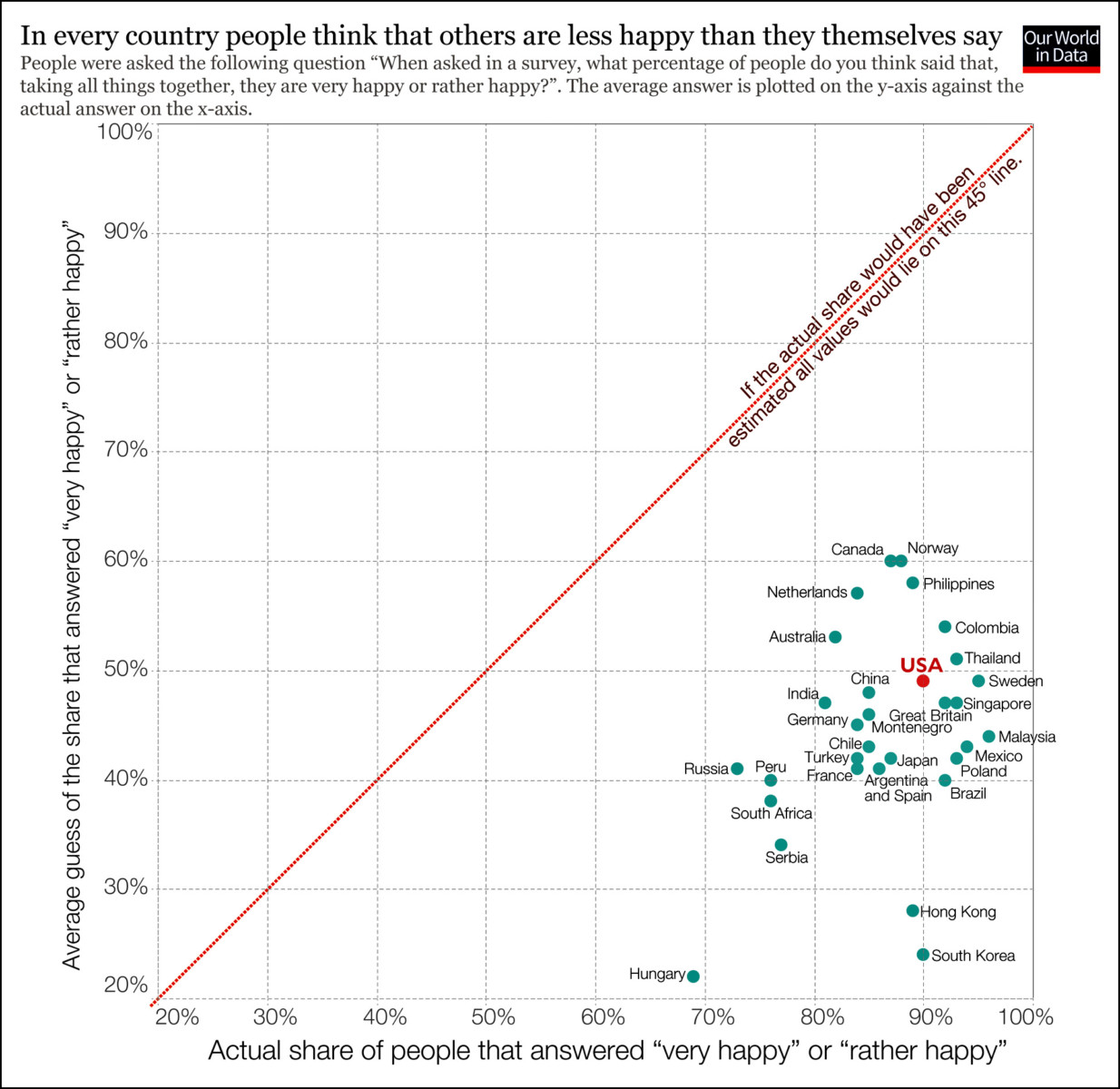 So last week, merely in passing, I tweeted that “Things are often better than you think, and with a little luck, maybe they might go your way,” Perhaps, people were being too pessimistic in general.

That led to a few interesting emails and DMs, which eventually sent me hunting for some more (confirming) data. Which led to the chart above.

Here is the amazing datapoint on this:

I don’t doubt that is true, and I have several theories why. Its a fascinating topic well worth exploring . . .

Source:
Are We Too Pessimistic About Happiness?
Kevin Drum
Mother Jones, June 9, 2019

Are We Too Pessimistic About Happiness?

See also:
Danny Kahneman on how we’re so wrong about happiness