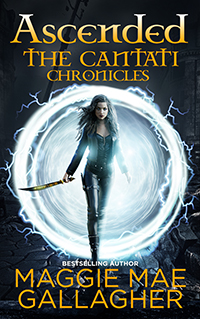 Have you ever wondered what it would be like to be gifted with some type of superpower? I certainly have. Our society has examined this mythos in film, on television, in comic books, and novels. The phrase “Faster than a speeding bullet” first used in the Superman radio shows in the 1940s (Wikipedia n.d.) and many more like it entered popular culture in such a way as to exemplify our desires for greatness.

Marvel and DC Comics are billion dollars industries because of this fascination we have with being more than just human. I’ll admit there are a few powers I personally think would be rather nifty. Even thoughts of being a super villain with all the high tech gadgets like Gru in Despicable Me has crossed my mind, not to mention I love the minions. I could use a half dozen of them myself.

At the top of my list for most desirable superpowers, I would have to go with super strength because the ability to bench press a car or make that annoying guy at the bar pestering me to leave with a bare flick of my wrist would be marginally entertaining, to say the least. A close second, would be indestructibility because let’s face it, what good would super strength do you if you drop the semi you were moving on top of yourself only to be squashed into jelly. It sort of defeats the purpose of super strength.

Rounding out in third place, I think the ability that I would have the most fun with is time leaping or time travel. I would love to go forward, even a hundred years, and see what humanity has become. That question of do we evolve and achieve worldwide peace despite our efforts to blow ourselves to smithereens. Will Earth finally receive extra-terrestrial visitors and travel to distant galaxies like the voyages of the Starship Enterprise? I’d also love to travel back through history and witness the invasions of the Tuatha De Danann in Ireland or the sacking of Rome or hear first-hand Queen Elizabeth I address her troops before they blazoned upon their ships to meet the Spanish Armada head-on.

So it is no wonder that when my heroine, Alana, stepped forward she was gifted with powers humans do not possess. Why? I like the questions those powers raise, whether characters will use their abilities for good or evil and what drives that decision.

While I don’t have any super powers, granted there could be another me in an alternate universe putting her hands up to freeze time like Piper in Charmed, I do think it would be rather awesome to have a few.

If you could have any superpower in the world, what would it be and why?

War. It’s here. The last war of mankind. The winner takes Earth as its prize.

My name is Alana Devereaux. I am an elite Cantati Forces Lieutenant from Earth’s desolate future. I was sent back through time to save your world. My mission to stop the Mutari faltered. Demons infiltrated our world when the walls between Earth and Infernus fell. Millions died in the first volleys.

The Mutari changed me on an elemental level and my new powers scare the bloody daylights out of me. Formorian Hunters are closing in on my trail with a singular goal, to enact the death warrant placed on my head by their Queen. Now I am running for my life, on a quest to discover a way to kill an immortal on a power trip, stuck between mortal enemies, and everyone else wants me dead.