Latest News
Home /The Supreme Court takes on gerrymandering. A cottage industry wants to prove its gone too far
CLOSE

Now the voters are fighting back.

This David and Goliath battle will be on display Tuesday at the Supreme Court, where politically lopsided election maps drawn by North Carolina and Maryland lawmakers will be tested against other options designed by geographers and mathematicians, political scientists and even neuroscientists.

A cottage industry of academics and entrepreneurs from Boston to Seattle want to convince the justices that extreme partisan gerrymandering goes too far. Their work is on display on the Internet, where political novices can use programs like DistrictBuilder and Dave’s Redistricting to draw their own maps.

“Redistricting has always been an insider’s game,” says Dave Bradlee, who developed the app that bear’s his name. “We’re trying to put more tools, more ability, in the hands of people, so that they can fight back.”

When the justices examine two maps – one that gave Republicans 10 of 13 congressional seats in North Carolina, the other that gave Democrats 7 of 8 seats in Maryland – they will enter a world in which political parties choose their voters, rather than the other way around. 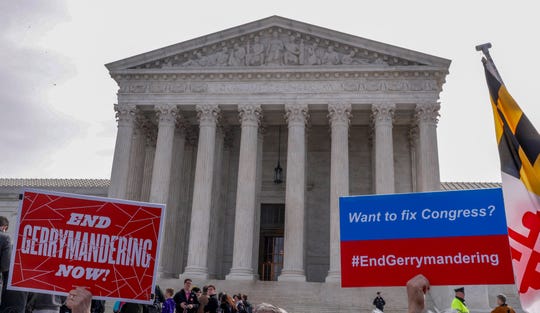 Protesters outside the Supreme Court in 2018 failed to convince the justices to end partisan gerrymandering, but the issue is back. (Photo: SHAWN THEW, EPA-EFE)

Like Big Brother, Democrats and Republicans who control the process know how their constituents have voted in the past, down to the precinct or even block level. Individual household voting patterns aren’t far behind.

They can move voters between districts based on gender, age, race and ethnicity, all available from census data. Increasingly, they can delve further into constituents’ lifestyles, from their memberships and favorite magazines to the clothes and groceries they buy.

“Partisans are using exponentially greater computing power, sophisticated data analytics and data sets, and social science to create maps that are incompatible with democracy,” a group of 30 political scientists argues in court papers. 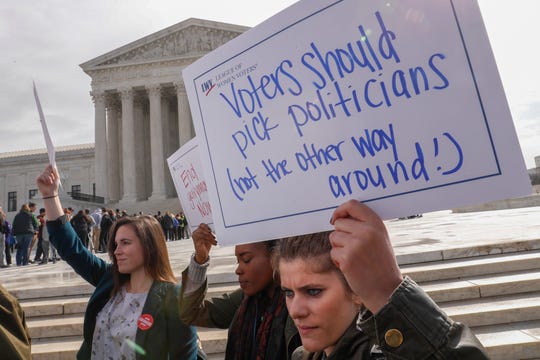 The political parties have an advantage over their challengers in court. They have more money to spend on data analytics, and they keep their methods secret.

“What the gerrymanderers are doing takes a little guesswork,” says Moon Duchin, an associate professor of mathematics at Tufts University, whose research team has created computer algorithms that can sample millions of different districting plans.

To fight back, Duchin’s group and others engage in what she calls “forensic detective work” by comparing partisan gerrymanders to a representative sample of maps their computers spit out.

University of Michigan political scientist Jowei Chen and Duke mathematician Jonathan Mattingly conducted research for the North Carolina plaintiffs in which they compared the 10-3 Republican map to thousands of other choices. More than 99 percent of them came out with a lesser GOP advantage or none at all. 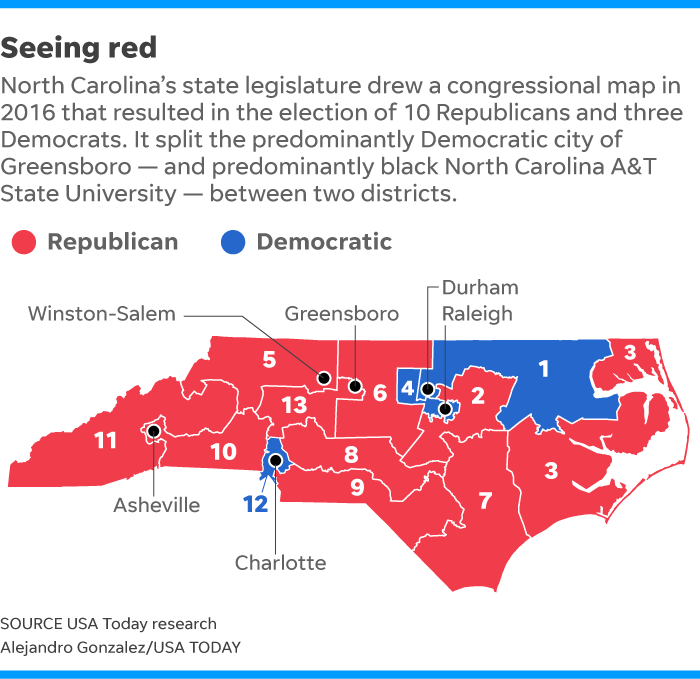 Another similar method of comparison is to make thousands of small, random changes in the partisan map under the microscope. If the politicians’ map is an outlier, nearly all the changes will reduce the margins lawmakers drew for themselves.

“We don’t know what’s going on behind those closed doors,” says Hannah Wheelen, a data specialist at the Princeton Gerrymandering Project, the brainchild of neuroscience and molecular biology professor Samuel Wang. “We have to try to catch up. We have to level the playing field.”

‘We are in the race’ 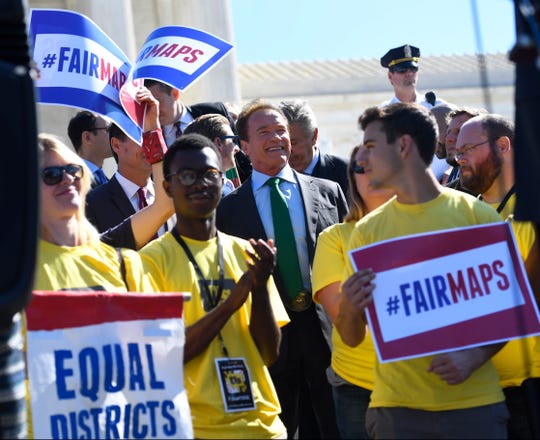 Michael McDonald, associate professor of political science at the University of Florida, developed the Public Mapping Project to enable voters to draw their own districts. His tool of choice is DistrictBuilder.

To be competitive with legislative maps, McDonald says, districts should adhere to the criteria states must follow, such as complying with the Voting Rights Act and keeping communities of interest together. It’s not enough to design compact districts of equal population.

“Different people are going to act like different computers, and they’re going to approach the problem from different perspectives,” he says. “Maybe someone is going to see a solution that no one else has seen.”

Robert Cheetham, president of the Philadelphia-based geospatial technology company Azavea, which developed the software for DistrictBuilder, says the general public’s participation can only improve the process.

“We can create tools that enable the public to get involved, draw their own districts, and then compare those to what the politicians draw,” Cheetham says, “to essentially shine a light on how this has an impact.”

Blake Esselstyn sees that impact firsthand. A computational geographer, his hometown of Asheville, N.C., was one of the Democratic bastions divided by GOP mapmakers to create two Republican congressional districts.

Esselstyn’s self-styled redistricting blog is dubbed “districks” for a reason. On it, he has shown what the entire nation would look like if it was drawn to include 10 Republican districts and just three for Democrats, or vice versa. It isn’t pretty.

“The person who’s drawing the district lines can determine the outcome,” Esselstyn says. “I don’t think that’s how a democracy should work.”