On June 6, the U.S. Pipeline and Hazardous Materials Safety Administration (PHMSA) announced that the company Energy Transport Solutions LLC had applied for a special permit to transport liquefied natural gas (LNG) in unit trains 100 cars long and for the express purpose of moving LNG to export facilities. The notice in the Federal Register starts a comment period, ending July 8, for the public to weigh in on the proposal, which represents a new mode for transporting LNG and includes no new safety precautions.

The permit documentation and environmental assessment from PHMSA suggest that federal regulators — instead of learning from the deadly mistakes of the essentially unregulated oil-by-rail boom — are poised to allow the fossil fuel and rail industries to repeat the same business model with LNG, with potentially even higher consequences for public health and safety.

For years, the rail industry has been seeking approval for LNG-by-rail, and in April President Trump issued an allowing LNG-by-rail by 2020.

The justification for allowing unit trains of LNG is the same as for unit trains of volatile crude oil. (Unit trains haul primarily a single commodity in trains that can stretch a mile long.) Just like the oil-by-rail industry sprung up to move a glut of North Dakota fracked oil, promoters of LNG-by-rail tout it as necessary due to the flood of fracked natural gas — something PHMSA notes is expected to increase for “decades to come,” according to the Department of Energy. 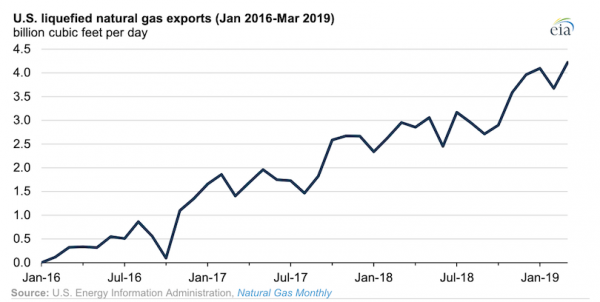 PHMSA asserts that transportation of LNG by rail, compared to currently moving it by tanker truck, would be more cost efficient and reduce its environmental impacts. In addition, the agency claims that “the existing regulatory requirements that govern the movement of cryogenic flammable materials similar to LNG are expected to provide adequate safety measures for LNG shipped in DOT-113C120W tank cars.”

Cryogenic materials are “liquefied gases that are kept in their liquid state at very low temperatures,” typically below -238 degrees Fahrenheit, and those which are flammable “produce a gas that can burn in air.”

PHMSA: No Data on Mitigating Risks? No Safety Rule

PHMSA’s environmental assessment for the permit is the document currently open for review. It notes several (but not all) of the risks of moving a flammable material in the heaviest train cars in unit trains of 100 cars or more. It then dismisses all of those concerns.

Train length: Moving crude oil by rail did not raise concerns until the fracking boom led companies to begin filling up trains of 100 to 150 tank cars, and those trains began derailing and exploding. As DeSmog has documented, longer trains are more likely to derail. No regulations exist limiting train length. While this LNG-by-rail application is for unit trains of 100 cars, no rules prevent even longer trains. In 2015, the ethanol industry indicated interest in following the lead of the oil industry and moving to these long unit trains. Most of the major derailments with ethanol have included unit trains, like the one that derailed in Texas in April and burned down a stable, killing three horses.

A train carrying ethanol caught fire after derailing in a residential area in Fort Worth, Texas. No one was injured, but 20 nearby homes were evacuated as a precaution. The cause of the derailment is not yet known. https://t.co/oGdQBsddeo pic.twitter.com/sb23pk5Jxp

Train weight: The crude oil unit trains coincided with new regulations allowing for heavier tank cars. Some experts have expressed concerns that these unit trains are too long and too heavy, with those forces leading to derailments. The proposed LNG trains would have the heaviest allowed tank cars.

Train Speed: After numerous derailments and explosions involving unit trains of crude oil, the Federal Railroad Administration proposed new rules to slow down oil trains to less than 40 miles per hour (mph) near major population centers. PHMSA is recommending a speed limit of 50 mph for LNGtrains.  This speed limit is not backed up by data from tests determining what speed the tank cars will suffer punctures in derailment scenarios but instead on the absence of such data. The agency claims that because no testing has been done, it can’t identify a threshold speed that would be safe:

Instead, the regulators note that the Association of American Railroads, the industry’s main lobbying group, recommends limiting the speed of trains carrying certain amounts of hazardous materials to 50 mph.

Emergency Response: At a 2015 conference on oil by rail, noted rail safety expert Fred Millar told the audience that emergency response for oil train accidents was “a distraction from what we have to do.” Despite industry public relations events about training first responders to deal with oil train disasters, the typical response in actual events is to evacuate anyone in the blast zone and let the trains burn out, which often takes days.

PHMSA admits that this is the only option for dealing with a burning LNG tank car. “Response and mitigation techniques beyond evacuation for breaches in cryogenic tank cars do not exist or are impractical during a derailment scenario.”

BLEVE Events: The nightmare scenario for an LNG rail accident is a BLEVE event, or Boiling Liquid Expanding Vapor Explosion. This is when a fire engulfs full tank cars and heats them to the point they explode.

PHMSA explains away this issue: “No test data or mathematical models exist to predict whether and when an LNG tank car exposed to an external fire would undergo a BLEVE.” No data, no problem seems to be the approach to safety at PHMSA. Meanwhile, examples of such tests for other materials and tanks are easily found on YouTube, and the U.S. Environmental Protection Agency and National Oceanic and Atmospheric Administration have developed software that models BLEVEs.

Exposure: One thing PHMSA does definitively state is that “exposure to heat from an LNG pool fire or ignition of LNG vapors could result in fatalities, serious injuries, and property damage for those within the limited zone of hazard.”

In more straightforward terms, the “limited zone of hazard” is a blast zone.

Railroad Rules Are Written in Blood

There is a saying over a century old that says, “Railroad rules have been written in blood.” In other words, the rail industry operates unchecked by safety rules until enough people die to warrant regulation. While that saying has been true in the past, after 47 people died in the Quebec town of Lac-Mégantic’s oil train disaster, the regulations that followed failed to address the heart of oil train safety risks. Furthermore, the one meaningful safety regulation — requiring modern brakes on oil train — passed in the wake of this disaster was repealed by the Trump administration at the end of 2017.

In May the Trump administration withdrew another proposed safety regulation that would require two-person crews on freight trains. The document outlining the proposed rule’s withdrawal explicitly states a shift for rail regulators. Instead of writing mandatory rules governing safety, the Department of Transportation, which includes PHMSA, is taking an attitude that is quite the opposite.

“DOT’s approach to achieving safety improvements begins with a focus on removing unnecessary barriers and issuing voluntary guidance, rather than regulations that could stifle innovation.”

Under Trump, deregulation is the rule, and safety measures are voluntary. If past is prologue and the federal government approves unit trains of LNG, expect the same scenes as with oil trains: flames, explosions, and deaths.

And all in the name of exporting fracked gas to the highest bidder abroad.