Today is the 10 year anniversary of one of those things that just stays with you. Get Ready for Inflation and Higher Interest Rates was a column by Art Laffer, published on this day a decade ago.

It it notable both for its terrible timing and for being completely and utterly wring. It arrived a few months after the US stock market bottomed, and the exact month the Great Recession officially ended (it was not announced until a few months later).

Laffer came to prominence as a member of Ronald Reagan’s Economic Policy Advisory Board (1981–89). He created the “Laffer curve” which sensibly claimed that some tax rate between 0% and 100% that will result in maximum tax revenue for government. (We shall save for another time how Laffer’s creation has been misused). It has been named to various lists of “most disruptive ideas.”

“But as bad as the fiscal picture is, panic-driven monetary policies portend to have even more dire consequences. We can expect rapidly rising prices and much, much higher interest rates over the next four or five years, and a concomitant deleterious impact on output and employment not unlike the late 1970s.”

Only, not so much. The recession was ending, the economy improved, hiring picked up, and by 2011, the crisis was in the rearview mirror. As to all of that inflation and higher rates Laffer warned about, rates are still very low by anyone measure, and far below historical norms. Inflation remains a rumor at best.

This was not a surprise to the people who were paying attention. From a history of crises standpoint, what we should expect was laid out in great and specific detail by Reinhart & Rogoff. They foresaw this even before the crisis began.

But is more than the just deep history studied by academics. To reach his conclusion of coming inflation and higher rates, Laffer had to ignore recent history. Specifically, the experience of Japan just five years earlier.

As the USA entered into its own crisis, the parallels to Japan were large and obvious. So much so that then Federal reserve chairman Ben Bernanke frequently referenced his fear of Deflation. His frame of reference was the Great Depression in the United States in the 1930s, and Japan in the late 1990s and 200s. Bernanke insisted he was not going to let the US turn into another Japan.

The big increase in the Japanese monetary base between 2001 and 2004 had precisely zero effect on either price inflation or interest rates. 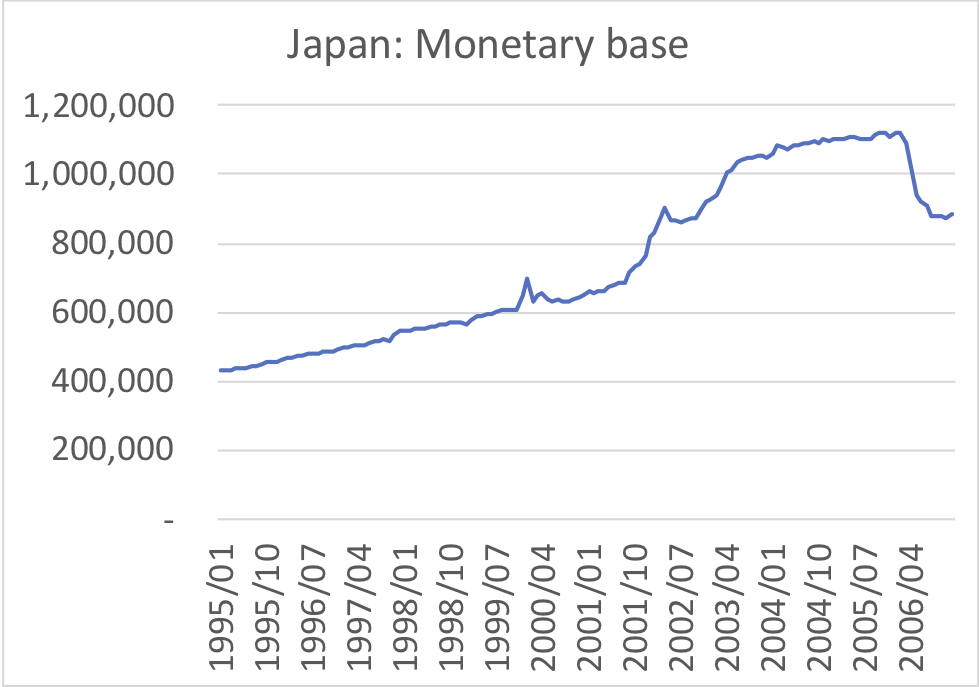 On a year-over-year basis, Japan’s monetary basis expanded by about 37% by the spring (April) of 2004. And it stayed elevated for some time. So the model the Fed was working with wasn’t just theory, it was solidly confirmed by both old (US 1933-1937) and recent (Japan early aughts) history. 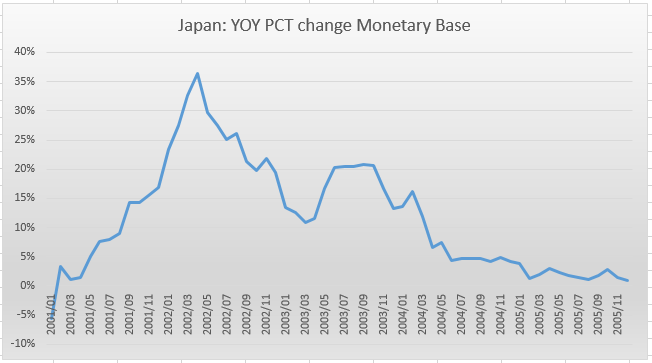 The data was all there — you just needed to look at it.

I recall Art Laffer as a nice enough guy, whom I recall doing a few CNBC hits with over the course of the GFC. My issue with him is the fear mongering he did in the tail end of the financial crisis.

When you find people best known for their political views, don’t be surprised when their forecasts serve a different master than your portfoloios